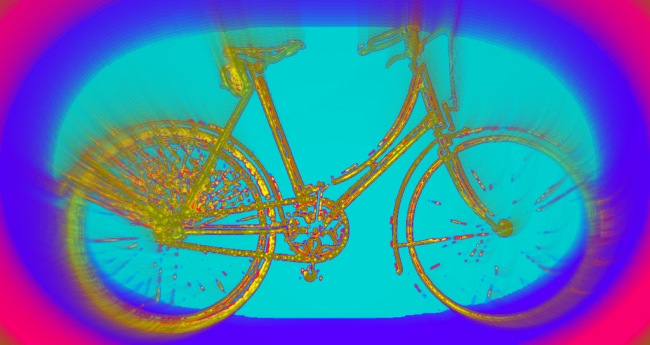 Out walking the other day with my husband, I stopped to take a photograph, and my husband stepped to the side of the path to wait for me. As he moved, there was a loud scuff of tyres braking and a mountain-biker, who had come to a full stop having been pelting along the path, righted his bike, shook his head in disbelief at the fool who had stepped into his way and then carried on his speedy way.

Recently, my daughter and her boyfriend were out walking when she felt a firm tap on her shoulder.  It was a cyclist, irritated by the fact he couldn’t easily get past.

Last year, walking to work I was taken-aback to have a cyclist ring their bell for me to move out of their way on the pavement, so they could speed past.

These three small stories illustrate the growing issue of cyclists and pedestrians sharing the same space, in the same way that more obviously life-endangering problems have been discussed between cyclists and vehicles using the road.

A key factor is often overlooked by cyclists in the UK: while there are some paths that are dual use for cycles and pedestrians, in most cases it is illegal to cycle on a footpath. While I can understand that is some circumstances it is much safer for a cyclist to use a footpath rather than a road, I know from first hand experience how dangerous this can be. As a small child I stepped out of my garden gate while waiting for my parents, and was knocked over by a bike. As well as being badly shaken, my head was gashed, and I had to go to hospital to have the wound stitched, so I bear the scars to this day.

Ideally there would be safe, separate cycle routes in all our towns, but this would be a long term, difficult and expensive solution which I don’t expect to be implemented any time soon. I also don’t expect the police, road safety organisations or local councils to clamp down on cycling on the pavement, as it would be dreadful if they did and someone was killed on the road as a result. However, I don’t think there is any reason why we cannot share the space available, be we pedestrians, skateboarders, scooterists or cyclists. What just have to be mindful of the appropriate way to use the space. Very simply, pedestrians have the right of way on footpaths. Cyclists should not harrass or move them out of the way, but should get off their bikes and walk if they cannot ride past safely. Secondly, if anyone needs to cycle on a path, they really must keep to a walking pace, so that they have time to notice a pedestrian stepping into their path and the pedestrian has a chance to spot them. While it should be obvious to anyone that you need to give a wide berth to anyone with small children, pushchairs or dogs, it is particularly important for cyclists to remember that not everyone out walking has great hearing. If you cycle up behind someone they may well have no idea you are there until it’s too late. And pedestrians are not yet obliged to give a hand signal if they intend to move across a pavement, stop or even fling their arm out in the course of a conversation!

In our recent encounters with cyclists on the path, we have been too surprised and shocked to take issue with their behaviour. I am preparing myself for the next near miss, as I think pedestrians need to stand their ground. I’ll be polite, but I’ll point out that if they are cycling on the path they need to go slow, and if I get the chance I’ll remind them that it is illegal to cycle on the path.

It would be nice to think we can adjust our behaviour just a bit, so we can enjoy being out and about a bit more.